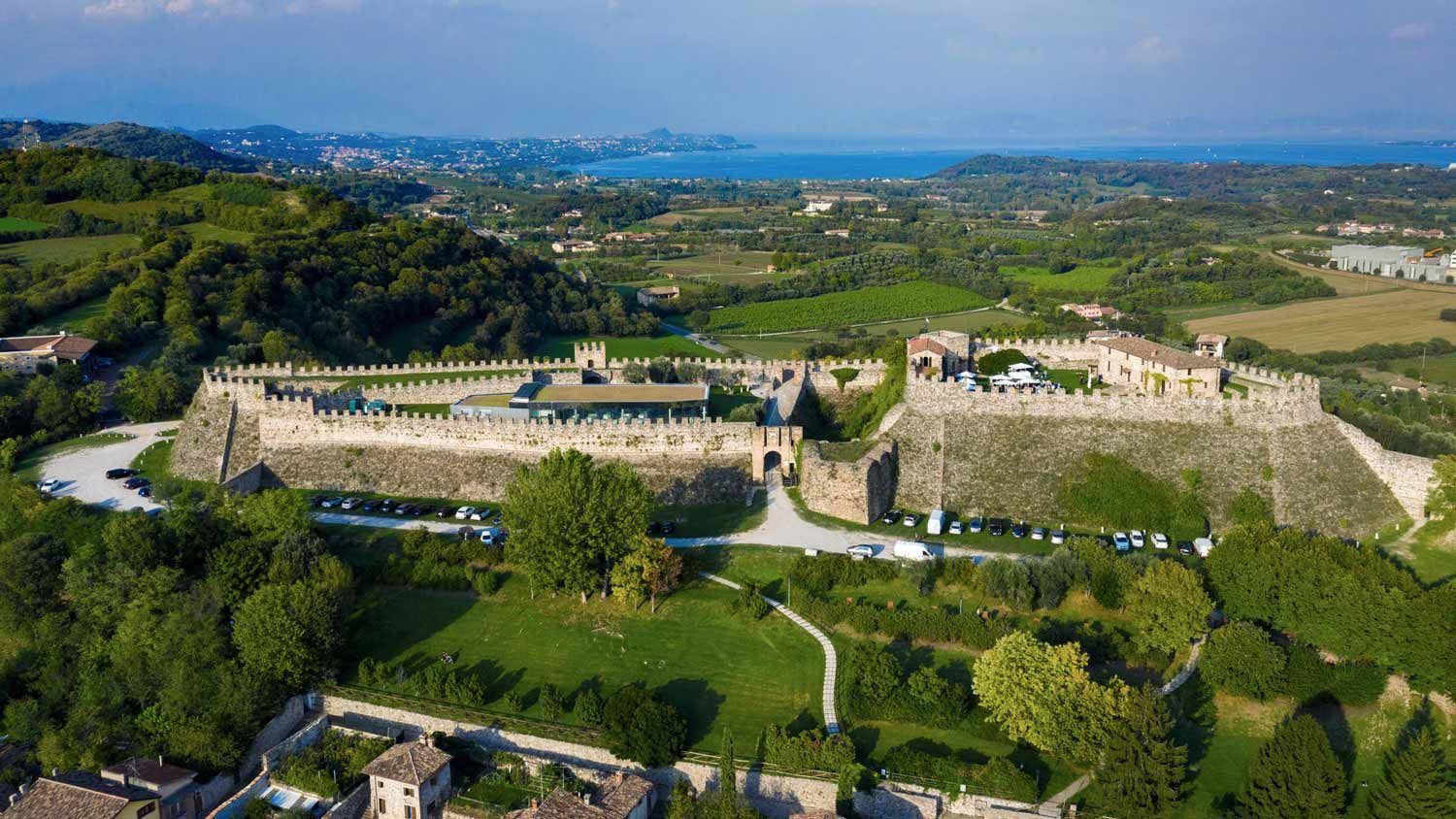 The glass pavilion we designed in the ancient Lonato fortress is not the first building with an exhibit function built in an historical environment in Italy and internationally.

The most famous example is the glass Pyramid in the Louvre courtyard, finished in 1989.
The main concept was to create a new space to welcome visitors, as an expression of cutting-edge architectural style but also of harmonious coexistence between the new and the ancient spaces of the museum.
This was conceived as a sort of skylight, 20 meters high, over the underground entrance to the museum; the new building houses restaurants, galleries, shops, libraries and an auditorium. The pyramid is like an extension overground of the mainly underground spaces.

The followings are examples of new architectural additions built with the goal to upgrade historical buildings.

Renovation of St Ambrose Abbey Castle in Turin combined the ancient with the contemporary therefore giving a new life to the monumental complex with both a public space and a hotel.

The ancient Penitents’ Monastery in Normandy was converted into a new school for music – l’Ècole de Musique Maurice Duruflè; a very compact design where a new addition overlooks the ancient elements, but it’s still the historical building dictating the layout and suggesting new architectural solutions.

As with the pavilion of the Lonato del Garda fortress, ancient walls are reflected by the mirroring walls of the new building, suggesting an illusion of a long lost continuity.

At the same time the front of the new building reflects the natural environment and the ever changing sky.

Pavilion inside the Doria Castle in Dolceacqua (IM).

Renovation and expansion of the Culture and History Museum of Castel Tirolo; site-specific and bold architectural interventions with clean shapes and natural materials, able to interact with a multilayered site with a great landscape.

Renovation of the lower level of the Franzensfeste fortress: historical buildings were preserved and converted into exhibition spaces while mantaining the overall character of historical fortress.

In this section of the site you can read articles about architecture, design, our projects and projects by other architects we like.

TOP TAG is an ever evolving project created in Milan in 2008 by Nick Bellora, Nicole Bonini and Francesco Carli with the mission to invest in their professional skills and experiences.